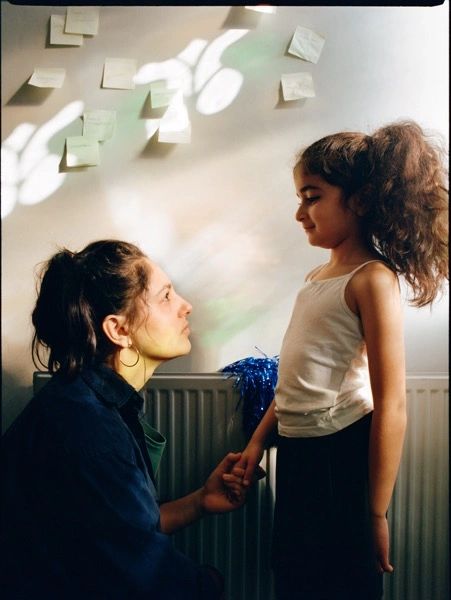 Written and directed by Dipo Baruwa-Etti, funded by BFI Network and BBC. In a world where you can discover your Death Day, an apolitical woman (Bridgerton's ADJOA ANDOH) learns that she has been given an incorrect date and determines to cement a legacy for her daughter (Steve McQueen's Small Axe's AMARAH-JAE ST. AUBYN) before her time runs out – that same day. Currently on its international festival run, THE LAST DAYS has garnered multiple honours so far including Best Film at FANTASTIC FEST.

Written and directed by Yero Timi-Biu, SIGNS is a coming-of-age drama about a teenage carer coming to terms with the responsibility of looking after her family after a distressing incident. SIGNS won the Youth Jury Prize at the Oscar-Qualifying Encounters Film Festival. It has played at many other festivals in the UK and abroad including Aesthetica, Margate and TriForce. Funded by BFI Network.

Written and directed by Gabriel Owen, TAKE COURAGE is a short film about the life-changing decision that 22-year-old Darren must make after his close friend is murdered by a boy from his neighbourhood. Based on a true story.

Katie Sinclair is a London-based Producer and Head of Development.

As producer, Katie produced THE LAST DAYS (wri/dir. Dipo Baruwa-Etti) which won Best Film at Fantastic Shorts 2021, and is playing at Academy Award and Bafta-qualifying festivals across the world during its current festival run. The film was funded by BFI Network and BBC Drama commissioning. Her previous short film SIGNS (wri/dir Yero Timi-Biu) won the Youth Jury Prize at the Academy Award-qualifying Encounters Film Festival, playing at many more festivals at home and abroad. Other shorts have won awards and played at festivals internationally. As a producer, she is committed to shedding light on untold stories and amplifying the voices of emerging filmmakers. Her next short GIRL ON GIRL will be funded by BFI.

Katie currently runs development for Riff Raff, Jude Law's production company. She was previously Development Executive, Film at Blueprint Pictures, where her credits include THE BANSHEES OF INISHERIN and LADY CHATTERLEY'S LOVER. She has worked in production and development for BBC Films, BBC Studios, Sugar Films, Disney and Lionsgate. Katie is an augural member of BAFTA connect after being a BAFTA Crew member since 2019. Katie is part of a collective that produces Canned Laughter, a charity comedy night that has raised over £100,000 for London’s food banks.

Read about Katie Sinclair in Variety